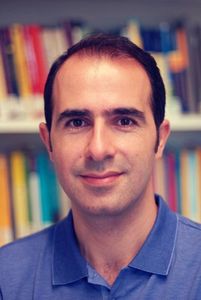 I am an Assistant Professor of Mathematics at the University of Alabama in the Department of Mathematics.
​
​​My research is in the areas of geometry and topology of low dimensional manifolds and symplectic and contact topology and Heegaard-Floer homology.

I moved to the University of Alabama in August 2016. Previously, I was a Whyburn Instructor at the University of Virginia from 2013-2016, and before that was a CRM postdoc in Montreal, Canada from 2012-2013. I received my PhD in mathematics from the Georgia Institute of Technology in 2012. My supervisor was John B. Etnyre. I was a visiting scientist at the Max Planck Institute for Mathematics in Bonn from May-August 2014, and a member of Mathematical Sciences Research Institute in Berkeley from January-June 2010.